This rule finds the fields that do not comply with the naming conventions and renames them. According to the Java Naming Conventions, the instance variables, the class variables and the class constants should be named in mixed case with a lower case first letter, i.e. should match the regular expression "^[a-z][a-zA-Z0-9]*$". Internal words should start with capital letters. Furthermore, they should not start with underscore _ or with dollar sign $ even though both are allowed.

Sharing some naming conventions is a key point to make it possible for a team to efficiently collaborate. Thus, this rule improves readability, while at the same time helps avoid conflicts and programming errors.

The rule provides configuration option for handling the occurrences of underscore _ and dollar sign $. The user can either choose to convert to uppercase the letter following _/$ or to leave it unchanged. Note, that in either case occurrences of $ and _ will not show up in the new name. Additionally, the user can choose to rename fields with certain access modifiers, and can also select the search scope for the field references. The following window with the configuration options will show up every time the user applies the rule to the Java sources. 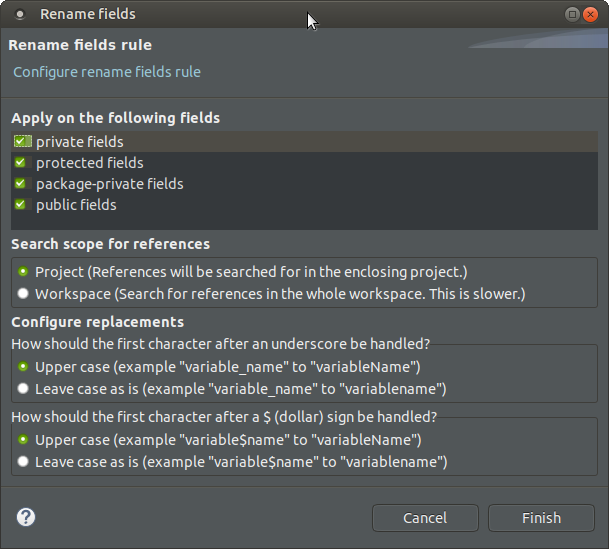 When clicking Finish, jSparrow will search for fields (as described above), find their references and will compute the new name. The changes are shown in a Dif-View and the user can choose to accept or ignore the new name for each field: 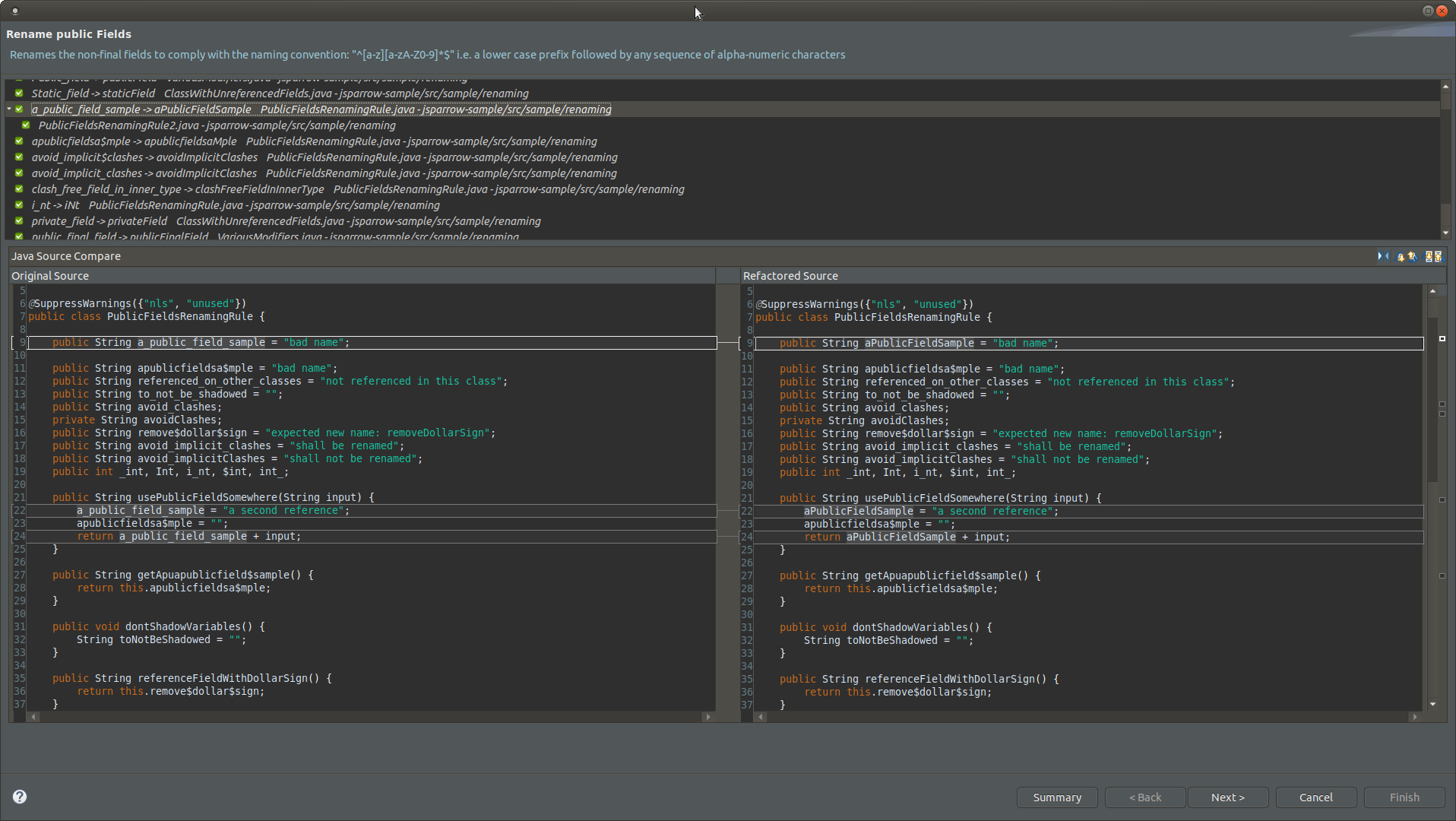 A field cannot be automatically renamed on any of the following condition:

You Want To Have Those Changes Done Automatically?

The automatic application of this rule is supported in the following jSparrow version: